During our 2021 Diocese Convention, the resolution urging the Board of Trustees to fund our own Racial Justice Audit was approved.

From 2018 to 2020, the Racial Justice Audit of Episcopal Leadership surveyed and interviewed more than 1,300 members of the church’s key leadership bodies about their experiences of racism, racial identity, and power in the life of the church. Conducted by The Mission Institute in partnership with the Episcopal Church’s Racial Reconciliation and Justice Team, the audit and resulting report offer data, stories, major patterns and themes, recommendations, and reflection tools designed to help the church to truly become beloved community.

The audit is part of a long history of Episcopal racial justice work. Since the church’s founding, Episcopalians of Color have in one way or another struggled to have the institution and its leaders recognize their dignity, power, and gifts. Especially since the 1950s, General Convention has passed resolutions specifically addressing racism in and beyond The Episcopal Church, accompanied by numerous pastoral letters, trainings, and programs by church leaders and groups. Historically, the church has focused on education, representation, and eradication, with comparatively less emphasis on comprehensive efforts that address institutional structure and power. 2 It is essential for future work to incorporate a systematic, non-linear approach addressing culture, policy, decision-making, finance, education, liturgy, etc. The Beloved Community labyrinth and long-term vision are important steps, as is the commitment to ongoing audit and truth-telling.

Episcopalians of Color have been, in one way or another, fighting and demanding that the institution and white leaders recognize their dignity and gifts since the establishment of The Episcopal Church. However, the first formal resolution brought to the Convention floor instructing the Church to look into internal issues of racial justice occurred in 1958, asking Episcopalians to “work actively to eliminate racial discrimination in the life of our Church….” Since then many pastoral letters, various trainings, and resolutions have been published, funded, and voted on. As a result, leaders have engaged a host of actions, including designing anti-racist programs, exploring and implementing policies that prioritize the hire and appointment of People of Color, and speaking honestly about how Native American communities, Black communities, Latino/ Hispanic communities and Asian communities experience racism. 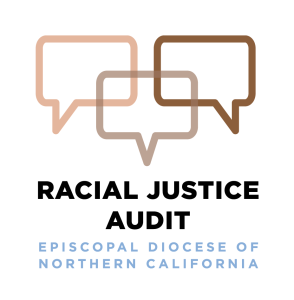 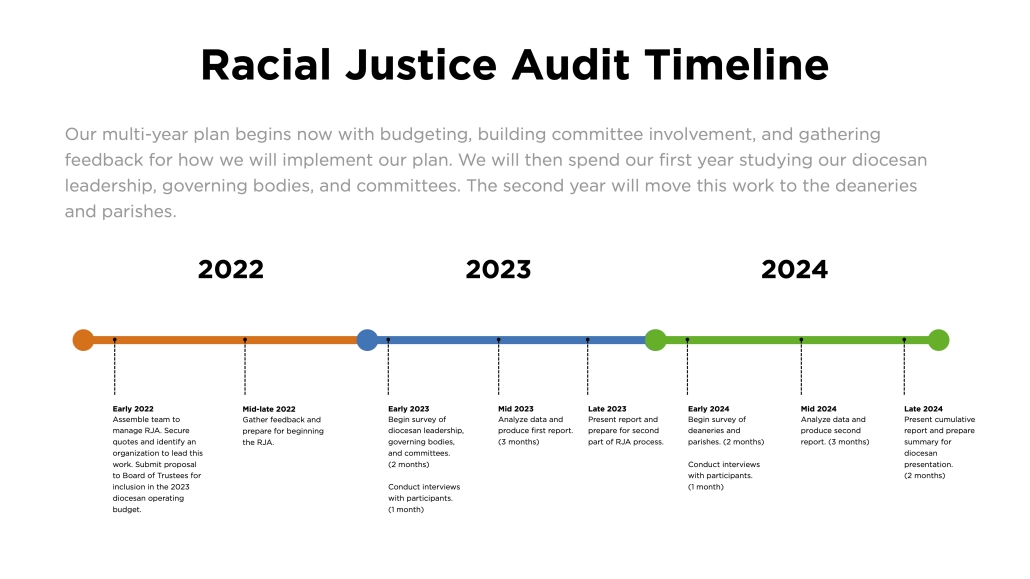 Some anti-racism work seeks genuine transformation of the dominant culture over time (systemic change). White dominant culture and leaders tend to address racism with disconnected transactions (episodic change), assuming that “If I do (or read or watch) this, I will get (or be) that.” The transactional approach relies on one-off book studies, workshops, service projects, protests, and the like. These become transactional if they are disconnected from a comprehensive effort and if they don’t lead to examining and transforming white dominating culture. Transactional anti-racism often forces People of Color to placate and pacify white dominant systems and to survive and keep a job or seat at the table.

People of Color report varying degrees of ease and difficulty navigating Episcopal power structures. Their ability to navigate this system is a point of survival, and many rely on other People of Color for guidance and support. In general, the church often uses money to either harm or help anti-racist efforts, by withholding funding for certain work, paying People of Color less for comparable work, or measuring clergy of Color by how much money they bring in, not if their ministries are thriving. 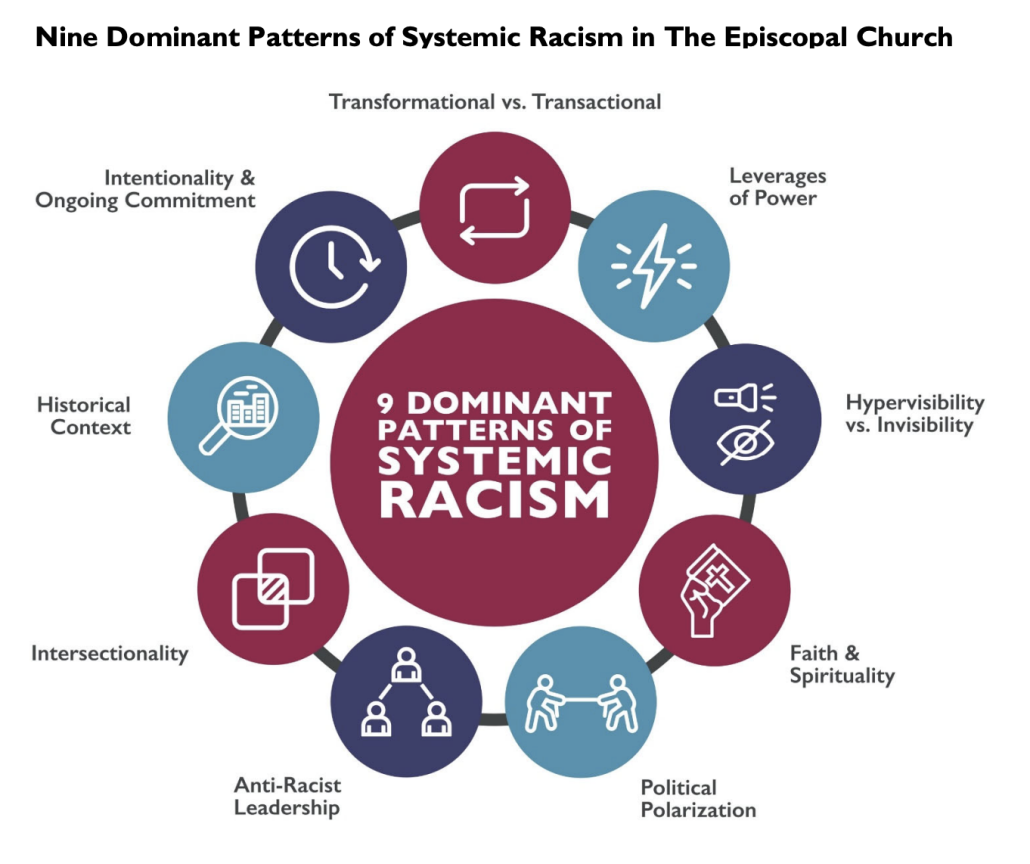 People use the language of faith as they reflect on anti-racism and explain why the church should engage in becoming Beloved Community. People lift up theology, liturgy, and spiritual practices as leaven for this ministry. At the same time, they note how these elements of our faith are often used to actively maintain white supremacy culture and racism.

Because racism has become so politicized and polarized, especially among white people, there is both urgency around anti-racism and anxiety about how to navigate it. Likewise, leaders of Color interviewed after the murder of George Floyd mention an uptick of instances of blatant racism within The Episcopal Church. While they knew this kind of racism was present, it is moving from the shadows and into the light.

Leaders of Color have great self-confidence combined with a deep commitment to their church and to addressing racism. They confidently bring their perspectives and experiences to leadership. They also name the stress of being the first or the only Person of Color in mostly white contexts. White culture often places leaders of Color on a pedestal and holds them to unreasonable expectations. It also holds them primarily responsibility for naming, calling out, and confronting racism.

Leaders of Color note the complexity of internalized racism among People of Color and racial tensions among and between other groups of People of Color. Such issues can be taboo and tough to explore openly, but there is also deep wisdom about the intersection of power (or powerlessness) and privilege (or disadvantage) across racial groups or within them. People also speak of the limitations of the Black/white paradigm for challenging racism in the United States and in the church, which extends beyond the U.S.

The key to unlocking current racial dynamics is often found in a location’s racialized history. There is a deep longing and commitment to telling the whole historical truth of how The Episcopal Church financially benefited from, participated in, and perpetuated white supremacy and racist practices and beliefs, and how it continues to benefit from, participate in, and perpetuate racism to this day.

There are no single, accidental, or quick solutions to racism. Many people recognize that antiracism, racial justice and healing requires long-term commitment, lifelong learning, deep intentionality, accountability, financial redistribution (reparations, to name one example), and powerful and courageous leadership.

Every donation goes toward our mission and ministries.

Making Disciples, raising up saints, and transforming communities for Christ.

Give
Scroll to top